The Clinical Sciences Building (CSB), opened in 1932, is one of the oldest buildings on the University of California, San Francisco (UCSF) Parnassus Heights site. A seven-story structure (along with a basement), it originally housed dental clinics, labs, offices, and education spaces. Like many old buildings, it had good bones but needed a seismic retrofit to meet current seismic safety requirements, and the result was a massive project that gutted the interior while keeping the historic 1930s Art Deco exterior. The new $151M building, which re-opened in February 2021, provides instructional and meeting spaces to support modern teaching and research, as well as contemporary desktop workspace for approximately 500 employees. After 10 years of dedicated work and cultivation of various partnerships with project team members, BKF Engineers (BKF) is proud of our involvement on this important project. We led the design effort for the relocation of critical utility infrastructure to address potential conflicts and ensure the new system’s ability to meet future demands, as well as the implementation of the Parnassus Avenue Streetscape Study, which provides for better pedestrian access and mobility on the campus. 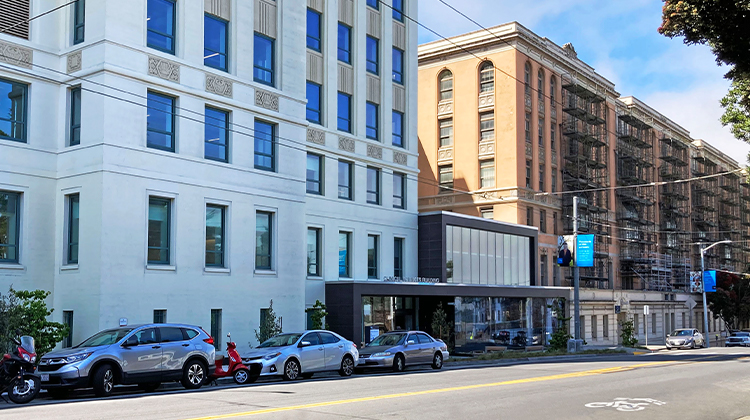 The CSB features 109,000 s.f. of mostly office space for UCSF’s four schools – Dentistry, Medicine, Nursing, and Pharmacy. The lower floor hosts a multipurpose space called the Pavilion, which can hold up to 266 people and will be used for meetings, classes or sit-down dining. The upper floors take advantage of the amazing views of the Pacific Ocean, Marin Headlands, Golden Gate Park, and Golden Gate Bridge and include private offices on the interior surrounded by open floor workstations. This “hybrid” office model melds the functionality of open and closed plan workspace.

At the onset of the project, BKF performed extensive site investigations and assisted in the implementation of several make-ready projects. We performed a comprehensive field topographic survey of the project area, including underground utility locating and potholing. We designed a new contractor parking lot in place of the demolished Medical Research IV building (MRIV) and a new contractor staging area, by removing the upper level of the Laboratory of Radiobiology. 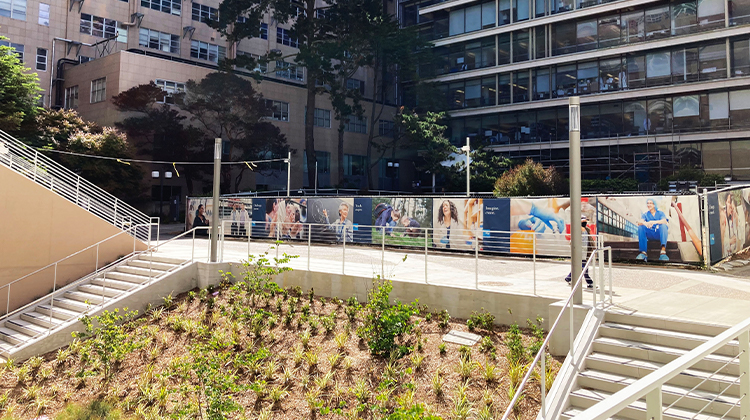 To facilitate the CSB improvements, the Utility Relocation Phase 1 was implemented, in which BKF performed a thorough investigation of the campus utility systems to define their location, capacity, and condition by performing a thorough search of UCSF utility records, site investigations, and interviews with UCSF Facility’s staff. To accommodate future growth, as well as address potential conflicts, the analysis included an assessment of the existing facilities’ ability to serve future demands. With completion of the initial assessment, BKF prepared final construction documents for the backbone utility improvements. As the work was completed in a series of phases in conjunction with the building and site improvements, BKF collaborated with the contractor to establish a construction sequence to ensure the hospital and associated academic facilities remained operational. 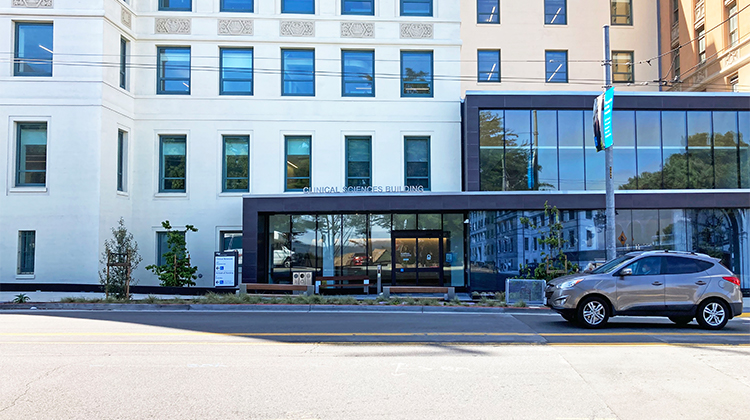 The new CSB solves another longstanding problem on Parnassus Avenue; the walls of buildings cut off access to Saunders Court and other areas, resulting in issues with campus pedestrian flow. A new public pathway, named the Holly Smith Gateway after the school’s longtime chair of the Department of Medicine, now provides direct access from Parnassus Avenue to Saunders Court. The addition of this pathway required significant street and site work to improve pedestrian access and mobility. BKF was responsible for the first phase of the Parnassus Avenue Streetscape Study which included new curb, gutter, decorative paver sidewalks, retaining walls, wheelchair ramps, bulbouts and bioretention planters. BKF was instrumental in navigating project approval through numerous City and State agencies including the Division of the State Architect (DSA), Campus Fire Marshall (CFM), and Department of Public Works (DPW), and San Francisco Public Utility Commission (SFPUC). BKF was primarily responsible for preparing documents to support UCSF’s application for a City of San Francisco Major Encroachment Permit for Parnassus Avenue Streetscape improvements. 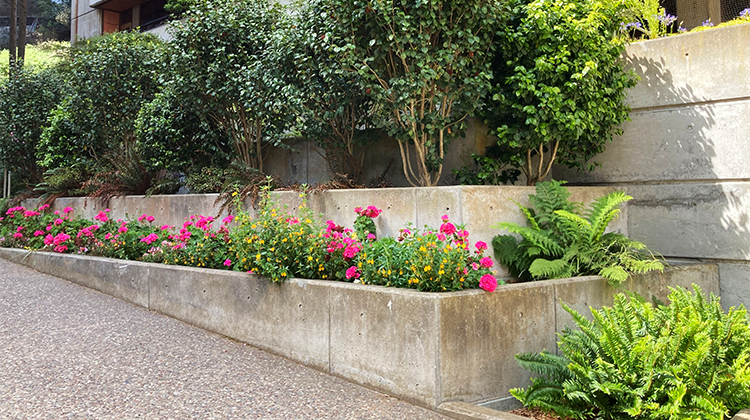 The CSB project utilized the Lean Project Delivery System (LPDS); in which the project team assisted the client to decide what they wanted, not only realized decisions and performed activities. BKF was an active participant in the LPDS process from the CSB’s project outset to optimize collaboration across the design and construction team and maximize value to the owner. In contrast to traditional project delivery systems, LPDS questions what needs to be done and who is responsible for the task at the very beginning of a project. Since its introduction to the architecture, engineering and construction communities, BKF has embraced the LPDS approach to projects. Whether the project is simple and small or large and complex, the LPDS principles translate to any project at any scale. BKF aligns with the LPDS vision, where expectations are managed, collaboration with the entire team is supported, waste is eliminated and respect is generated throughout the team. We feel that the combined knowledge of the designers and trade partners, coupled with the collaborative environment, results in an efficiently delivered and successful project. 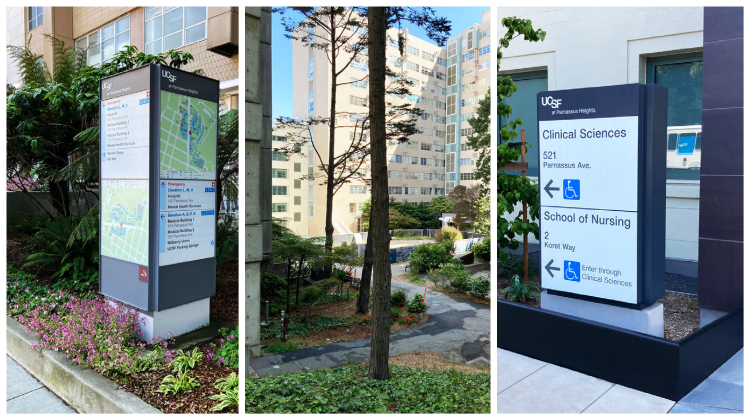