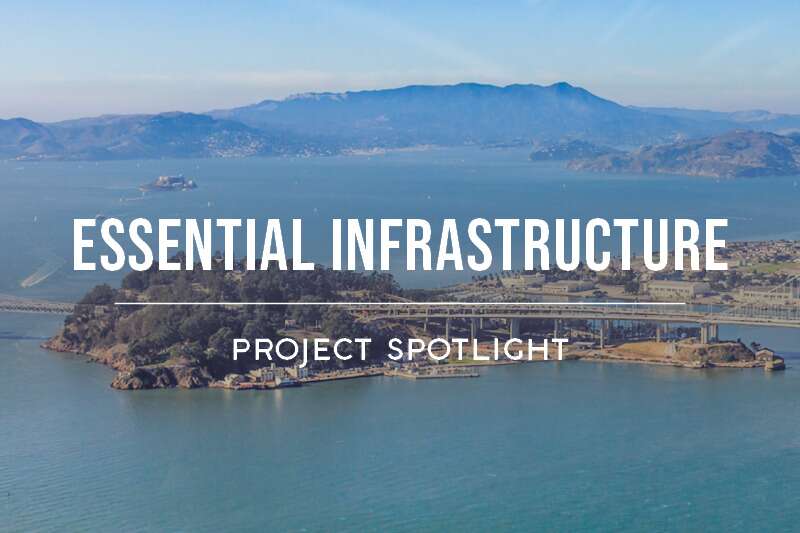 Although not generally known, Treasure Island and Yerba Buena Islands are indeed connected and both former naval sites; but one is natural and the other is manmade. Treasure Island was created from fill dredged from the Bay, finished in 1937, and is flat; while Yerba Buena Island is hilly and a tunnel runs through its center, connecting the western and eastern spans of the San Francisco-Oakland Bay Bridge.

Especially unique to the planned infrastructure improvements is the new potable water tank/pump station system designed by BKF Engineers; located on the hilly, geologically-challenging YBI and visible on the eastbound drive across the Bay Bridge. The storage system, which includes three, separate 1.3-million gallon tanks and requires a pump station for operation due to elevation and spatial constraints, is the first of its kind to be owned and operated by the City of San Francisco. And although the Island still receives water across the bridge, in the event of an emergency, the tanks allow the Island to be self-sustainable for up to three days. 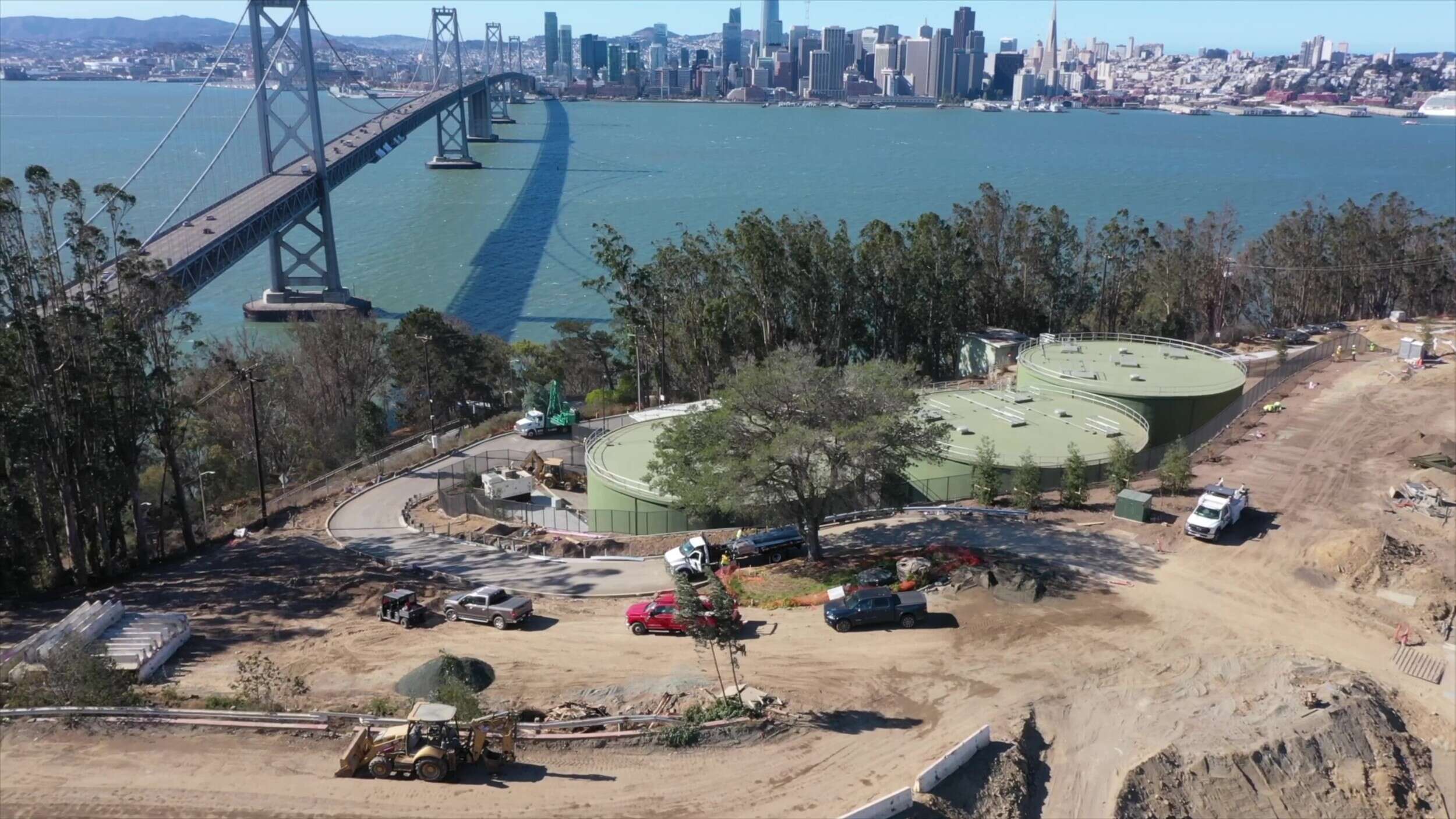 Crucial to TI/YBI’s potable water storage in order to meet the required domestic water, fire fighting, and irrigation demands, was the replacement of four existing concrete reservoirs (Nos. 227, 162, 242, and 168). The capacity of these four water storage reservoirs totaled 6.5 million gallons. Originally, the water distribution system was separate from the fire protection system. This separate system was replaced in 1989-90 with a combined system. 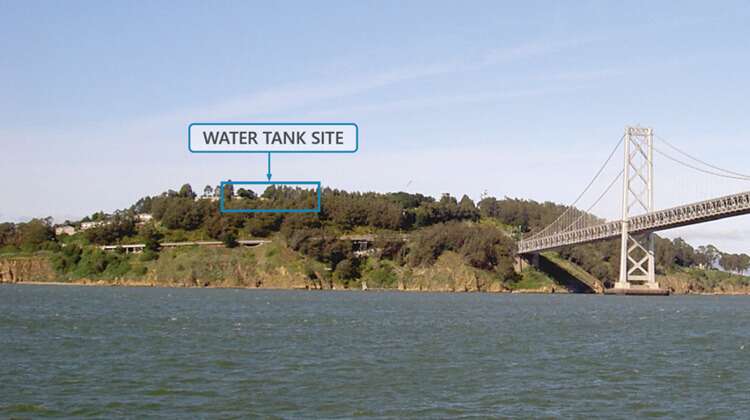 The first step to completing the infrastructure upgrade was a water tank siting study for the new redevelopment, which was completed in 2015, and determined that the new tanks would be located just behind Hilltop Park on the southwest quadrant of YBI and amongst the existing eucalyptus grove. 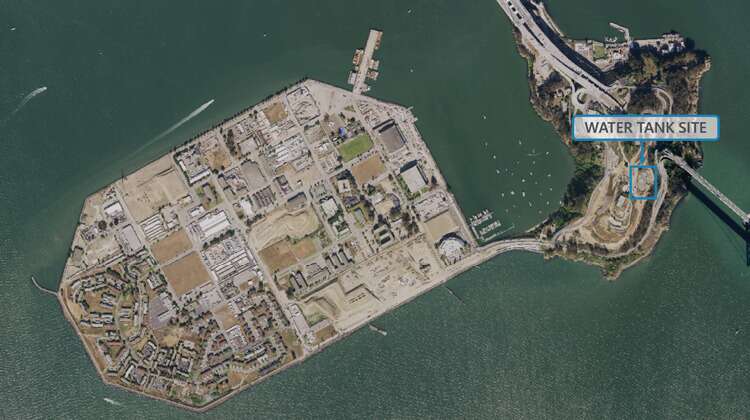 The 4.0 million gallons of storage for TI/YI is divided into three, separate 1.3-million gallon tanks, which are constructed of prestressed, reinforced concrete. Designed for seismic safety and in conformance with AWWA D-110 (the industry standard for these types of tanks), they are also designated as Essential Facilities, with an importance factor of 1.5 as defined in the California Building Code. The water tanks are designed with valving which under normal conditions allows the tanks to fill and empty at the same time. They are also individually valved to allow independent operation during maintenance.

Water tank construction on YBI began in 2017, was completed in 2021, and the system became operational in early 2022. 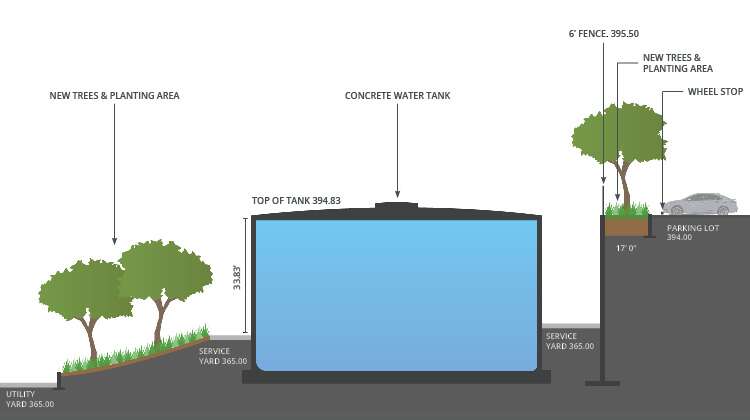