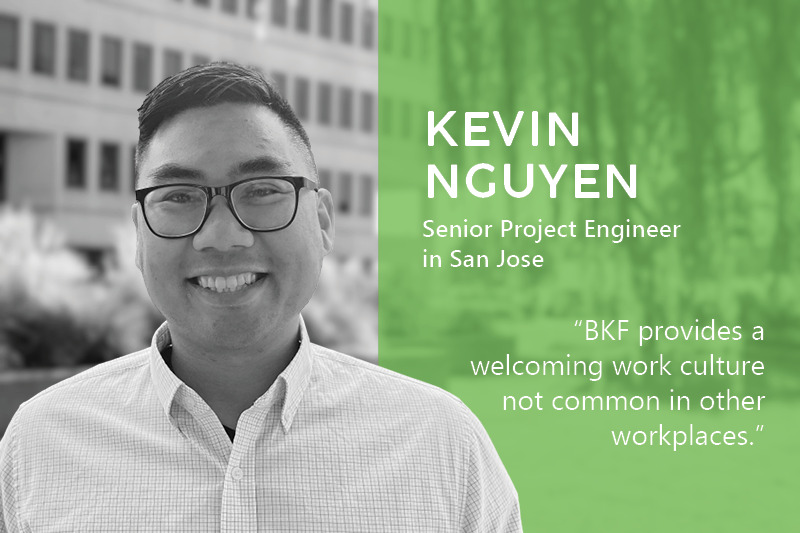 Kevin Nguyen graduated with a B.S. in Civil Engineering from University of California, Los Angeles, and joined our San Jose team in 2016, where he worked until 2021. After a short time, he returned to BKF, and works on mainly commercial office, multi-family residential, mixed-use projects. He has also been active on BKF’s co-ed volleyball team in years past and says it’s a blast. Returning to BKF meant reconnecting with the colleagues and friends whom he enjoys so much and taking advantage of the many resources, mentorship opportunities, and support vehicles which BKF offers. In addition, he says the company culture at BKF is unlike most because it is welcoming as well as innovative; where leadership supports staff and provides the tools necessary to be successful.