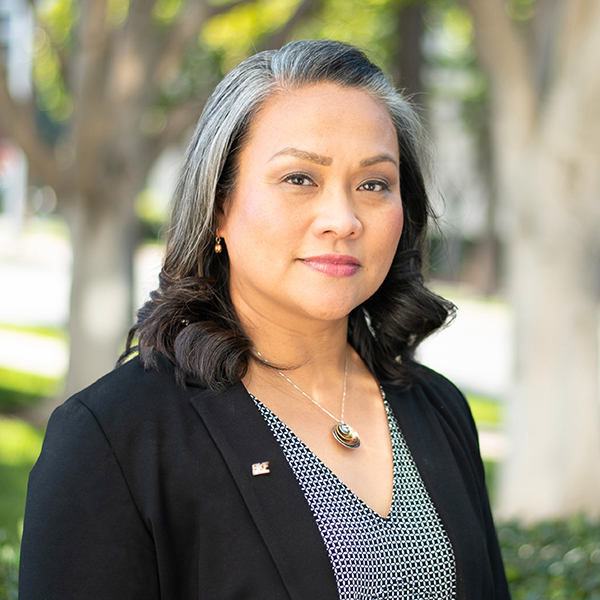 The youngest of eight children, Sheila Amparo moved to Southern California from the Philippines when she was seven years old. Uncertain of what she was going to study in college, her brother-in-law asked her if she had thought about becoming an engineer. She then took an “Introduction to Engineering” class while a student at the California Academy of Mathematics and Science which sparked her interest in building infrastructure for the betterment of communities. After graduating from Cal Poly Pomona, she worked for engineering firms, designing light and heavy rail, as well as roadway and highway projects. But eventually it was her work with grade separation/bridge, roadway and multi-use trail projects where she found her true passion.

Sheila became a member of the BKF team in Newport Beach in 2014, at which time the staff consisted of only a handful of engineers. She has been an integral part of the office’s successful growth and momentum, especially with her “can do” attitude and her emphasis on the importance of collaboration and communication. Due to the great efforts of the Newport Beach Team led by Chris Rideout, the office now boasts experts in transportation, land development, and water resources; and satisfied, repeat clients have become commonplace.

Family life is also very important to Sheila. She met her husband, Richard, at the age of 16. The two married ten years later and now have four daughters; Madisson, Rebekah, Juliette, and Alexandra, which she leads by example. “I encourage my girls to go into mathematics, sciences, engineering and technology; providing them the means to choose their career paths, and telling them that they can succeed in anything they put their minds to,” she said.

She and her family love to vacation during the summer and winter seasons.  They have a “relaxation day” once a month, where they do arts and crafts with snacks. Time spent with the family without homework, house work, or work, is time to which they all look forward.